CADTH is committed to supporting Canada’s health care decision-makers through this challenging and uncertain time.
For evidence, tools, and resources related to COVID-19, visit our COVID-19 Evidence Portal. 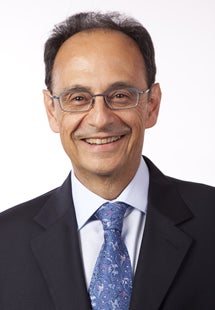 CADTH is pleased to announce that Dr. Renaldo Battista has been selected as the 2015 recipient of the Dr. Jill M. Sanders Award of Excellence in Health Technology Assessment, an award that celebrates individuals who have significantly advanced the field of health technology assessment (HTA) and have been active in this research area for more than 10 years.

Internationally, he has collaborated with colleagues to help create the International Network of Agencies for Health Technology Assessment and has played an advisory role in the development of HTA in several countries, including France, Spain, and Italy.

"Dr. Renaldo Battista is, quite simply, a trailblazer in HTA. He is one of the towering figures in the evolution of this field of research in his home province of Quebec, as well as nationally and internationally," said Dr. Brian O'Rourke, President and CEO of CADTH. "We are delighted to recognize his achievements through the Dr. Jill M. Sanders Award of Excellence."

In 2014, Dr. Battista was an inaugural recipient of the CADTH Anniversary Medal to acknowledge his pioneering role in HTA in Canada.