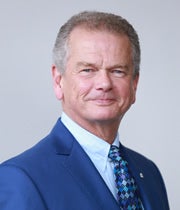 Health technology assessment has come a long way in 30 years, yet there is much more to be done. Join Dr. Noseworthy to explore topical questions: What lies ahead given geopolitical, demographic, and epidemiologic transitions; constrained resources in either low- or no-growth economies; and the continuously ravenous appetites of health care systems?

Managing the exit and the scope of use of current health technologies is the sleeping giant begging attention, albeit attention to it alone will not fix the broader issues in health care. Considering the future context of health care, Dr. Noseworthy will talk about how we will see more forced and explicit trade-offs driving the need for reasonable, appropriate, evidence-based alternatives, and how the field of health technology assessment would do well with a make-over and perhaps a new name — health technology optimization. Comparative assessments would be the norm, managed exit would be linked to managed entry, and advancements in methodology and policy will no doubt emerge.

There is no fee to participate, but registration is required. Register online to attend in person or via webinar by 5:00 p.m. October 24, 2016:

Dr. Tom Noseworthy is currently Professor of Health Policy and Management, Department of Community Health Sciences and O’Brien Institute for Public Health, University of Calgary (U of C). He is the former Head of that department and inaugural Co-Director and founder of the Institute.

Dr. Noseworthy joined Alberta Health Services in May 2011 as an embedded researcher. He served as Special Advisor to the Executive Vice-President of Strategy and Performance. From January 2012 to 2015, he was the Associate Chief Medical Officer, Strategic Clinical Networks. As interim assignments in 2012-13 and 2013-2014, Dr. Noseworthy served as Zone Medical Director and Vice-President and Chief Health Operations Officer, North Sector and Edmonton Zone.

Dr. Noseworthy’s work has been recognized by the Commonwealth, his country, province, university, and colleagues. In 2005, Dr. Noseworthy was awarded the Alberta Centennial Medal by the Province of Alberta for contributions to health care and policy. In that same year, he was also named one of Alberta’s top 100 Physicians of the Century by his peers in the Alberta Medical Association and College of Physicians and Surgeons of Alberta. In 2007, Dr. Noseworthy was appointed by the Governor General as Member of the Order of Canada, for contributions to health policy and Medicare.  In 2012, he received the Diamond Jubilee Medal, marking the 60th year of the Queen’s reign, in recognition of contributions to health care.  He was also chosen from among the U of C faculty to give the 2012 Lecture of a Lifetime. He received a Certificate of Meritorious Service from the College of Physicians and Surgeons of Alberta for 2012 and he was the recipient of the 2014 Barer-Flood Prize in Health Services and Policy Research, awarded by the Canadian Institutes of Health Research.